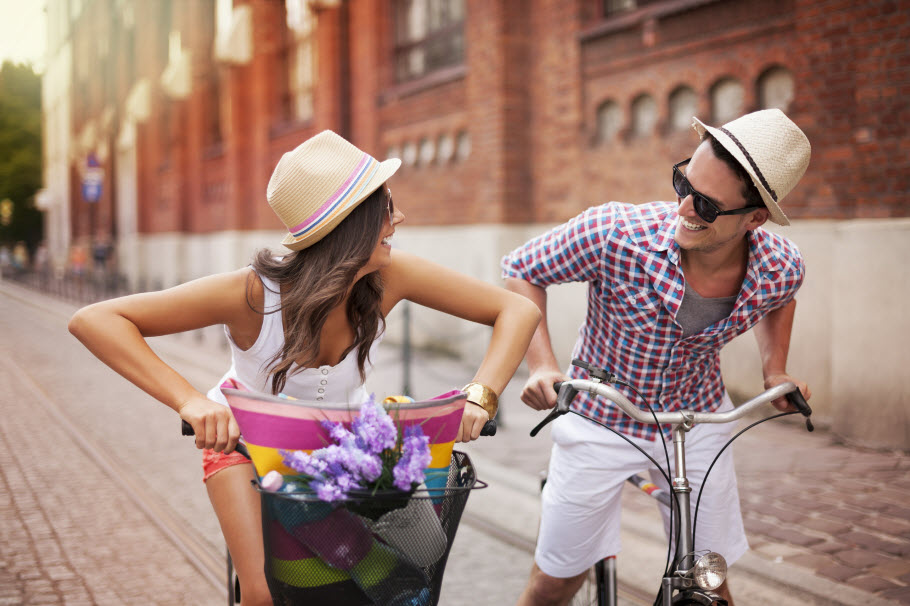 Are people attracted to Pheromones?

Look no further for the secret to attracting the opposite sex! I am going to reveal to you the secret/magical "love potion" that grants you the power of attraction!

We produce our pheromones in the apocrine, or sweat, glands of the underarm and genital area. Unfortunately these areas also produce sweat itself, which smell is not considered desirable. To combat the stench of sweat, we have, as time progressed, become more creative in our efforts to mask or cleanse away the odors. However, by doing so, we are washing away or hiding the very thing that makes us more attractive, at least subconsciously, in the first place!

As I just mentioned, Pheromones work on a subconscious level. They are essentially chemical signals that we put off that are picked up by a small, highly specialized organ whose sole purpose is to detect trace amounts of these airborne chemicals; the Vomeronasal Organ, or VNO. The VNO contains a specialized nerve pathway that runs directly past the olfactory cortex (smell center), which is why we cannot detect a smell on pheromones. Once past there the nerve pathway leads directly into the limbic region of our brain which controls our most basic sensations: joy, anger, love, hate, and sexual arousal!

Even though they are odorless, pheromones can pack quite a punch. It is truly important to understand however that you do not need to revert back to the hygiene routine of a caveman to take advantage of their attractive properties. Modern day science, coupled with ingenious brilliance, allows you to actually purchase pheromones as a topical solution which you can wear right along with your favorite perfume/cologne. There are some products out on the market which come pre-scented, but in my opinion, they smell cheap and only drive people away.

I would like to share with you just one more pearl of wisdom, my personal favorite product Dr Amend's Pheromone Advantage! it is completely odorless and 100% discreet. Give them a try and see how well pheromones do attract!