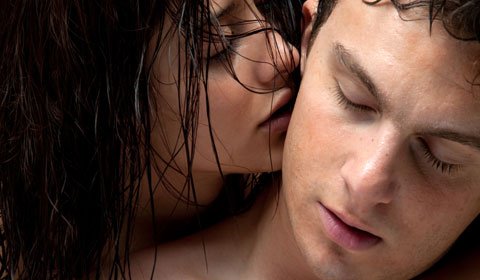 Pheromones are not just for singles looking to get more dates. More and more married couples are using pheromones to spice up their love lives at home.

Over 40 million Americans are trapped in a sexless marriages and or relationships. Ouch! I've repeated this stat several times in this site because sex starved people need to realize they are not alone. While singles are using pheromones to find relationships both long and short term, married couples are using pheromones in unprecedented numbers and many are finding tremendous success.

Many times a sexless marriage is a one sided battle. One person is disinterested for any number of reasons and other is sex starved. The neglected partner builds strong resentments overtime and without resolving the issues, these relationships often end badly. While pheromones are good for building trust, easing conversation and igniting the flames of passion between two people, they are not subsistence for good manors, expressing deep respect and good communication.

However by using pheromones couples are often able to better establish their lost love with more chats, more flirting and increased desire. While sexual rejection within a marriage never feels good, it can be reassuring to know that the disinterested partner is not intentionally trying to be cruel or mean. Often, a low libido has nothing to do with love, or happiness and just because you or your spouse are often not in the mood doesn't mean all is lost. Click here to learn » how pheromones work.

Pheromones in many cases can heat things up and get you off of ground zero. As part of our buy one get one free special you can get one bottle of each formula so couples can both wear the pheromones. We have had many customers tell us that pheromones saved their marriages. Dr. Amend's Pheromones to attract men combine the three highest quality pheromones known to be effective including copulins and estratetraenol. The formula for to attract women is state of the art. Click Here to learn about » our special offers.